Christ Lutheran School, founded in 1955, is just one of more than 1600 such schools operated by congregations of the Lutheran Church-Missouri Synod throughout the United States. Christian education has been valued by our denomination since its inception. Our school is part of a national network of Lutheran schools, as well as a member of the Phoenix area Association of Lutheran Schools. The Lutheran preschools and elementary schools in the Phoenix area join with Valley Lutheran High School to present a full complement of strong Christian educational programs to meet the challenges of our world today.

On February 27, 1955, Christ Church - Lutheran voted to establish a parish day school in the church facilities, with kindergarten and grades 1-4. The school grew to the point where it was necessary to build an addition in 1957, which contained one additional classroom, restrooms, and a storage room. Another school building was added in 1963. Enrollment and teaching staff continued to increase in the 1960s, 1970s, and 1980s. The addition of a preschool in the 80s allowed Christ Lutheran to serve children from age 3 to eighth grade. In the mid-80s the congregation approved expansion that included a Christian Life Center with gymnasium, ten new classrooms, and a larger playground. In the late 80s and 90s, significant improvements included a science lab, a computer lab, remodeled school office, and a new playground. Throughout its history Christ Lutheran School has had the goal of providing a quality Christian education.

Christ Church and School broke ground on May 4, 2008 for its largest building program - a school ministry building. Construction began on the south side of our campus for this two story, seventeen room addition to our school. The building was completed in July, 2009, and is used by students in preschool through grade 5. 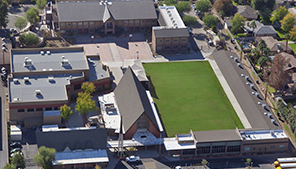 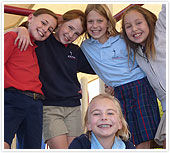